Esther and Whiteface are very close to each other and many hikers climb them together. I thought it would be an interesting hike in that Esther is one of the “trail-less” peaks (it technically does not have a marked/maintained trail to the summit), while by contrast, Whiteface is the most commercialized mountain in the Adirondacks.

The trail from the ASRC meets the more popular Reservoir trail after about a mile of steady vertical climbing up Marble Mountain. From there the ascent becomes more gradual. After a mile or two we passed an old toboggan shed, and shortly thereafter the junction with Esther, opting to climb it first.

For a mountain without a marked trail, it was remarkably easy to navigate via the herd path. It was narrow but simple to follow and a beautiful climb, despite the anti-climactic summit. Esther Mountain was named after the first person recorded to have ascended the peak, a 15 year old girl named Esther McComb* who had gotten lost trying to climb Whiteface in 1939. The terrain on Esther is so rugged and diverse that I can’t imagine accidentally finding my way to the summit without following a path of some sort, so kudos to Esther on this amazing feat.

The trail to Whiteface started off fairly gradual, seemingly following an old, rocky riverbed. I didn’t enjoy the climb up Whiteface nearly as much as Esther – it just wasn’t as pretty, in my opinion. But the views you were treated to as you ascended the tree line and started up the rocky peak were incredible; it was pretty cool seeing the slides so close-up . It was definitely a little strange to spend a day hiking in the woods only to encounter a developed and crowded summit, where most people had driven up to check out the views. I think I was the only actual hiker on the mountaintop, or at least I was the only one who looked exhausted and covered in filth.

* In the months since writing this blog post, I’ve learned that no one has ever been able to confirm that Esther McComb actually existed. There’s a great write-up about this in Heaven Up-h’isted-ness. 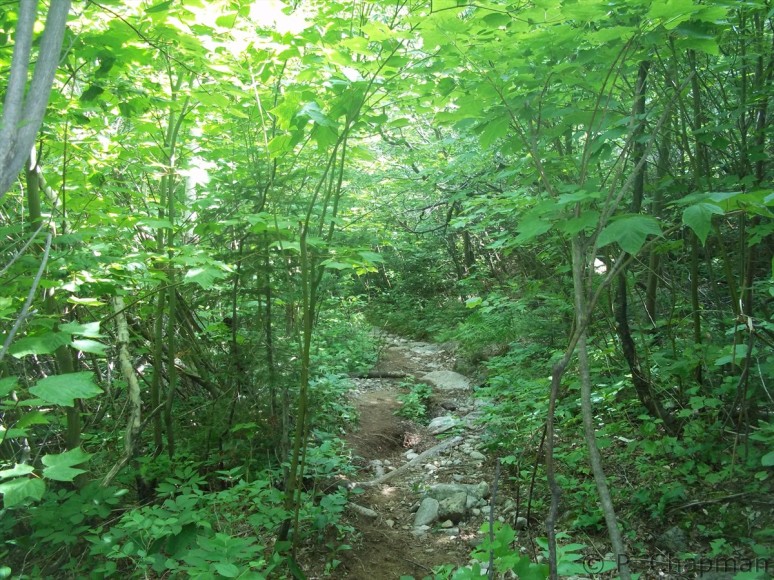 a section of the “unmaintained” path up Esther

Whiteface; I did not have to climb this, thankfully 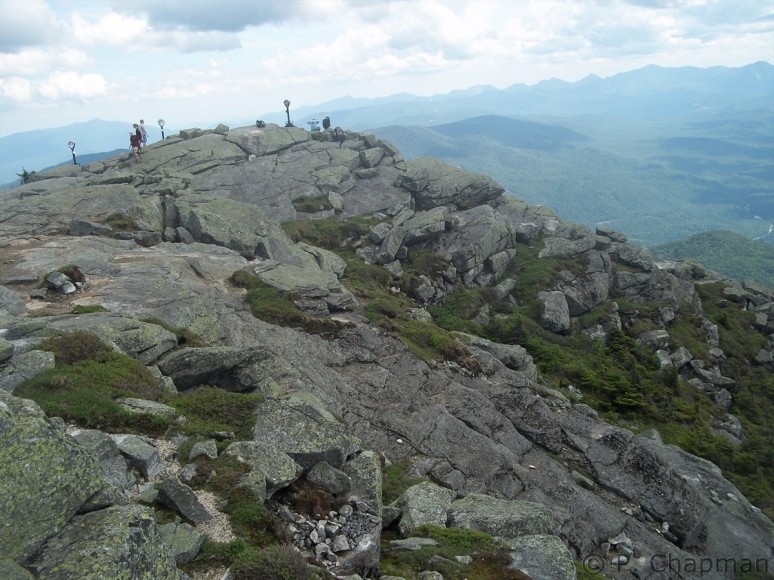 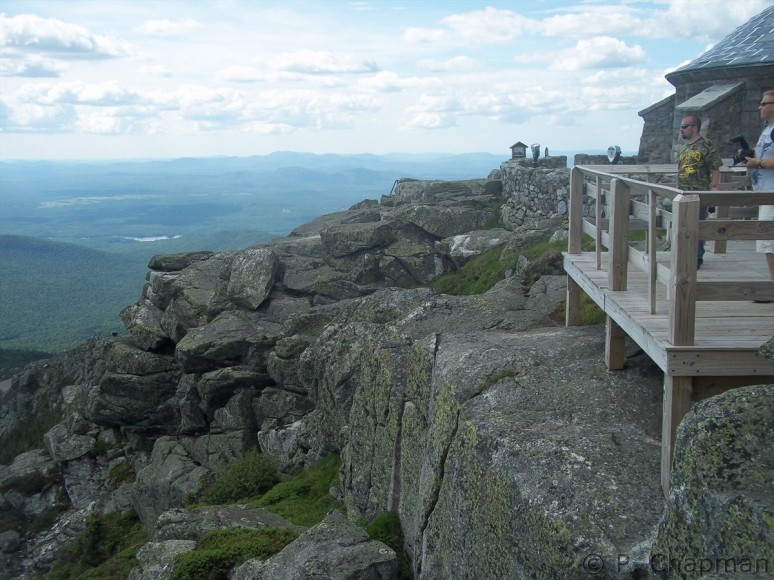 Return to Whiteface, 9/9: Despite the fact that for much of my hike this angry looking cloud hovered directly over the mountain, no rain. 🙂

14 thoughts on “Esther and Whiteface Mountains”